Anna Krichevsky is an Associate Professor of Neurology/Neurobiology at Brigham and Women’s Hospital and Harvard Medical School, Boston, USA. She received her MSc  and PhD degrees from the Hebrew University of Jerusalem, Israel, and completed postdoctoral training at Harvard Medical School in Boston. As a postdoctoral fellow, Dr. Krichevsky isolated neuronal RNA granules and pioneered the work that led to the recognition of microRNA (miRNA) functions and RNA interference mechanisms in brain physiology and pathology. She performed the first successful RNA interference in mammalian neurons, contributed to the identification of miRNAs in the mammalian brain, developed the first high-throughput arrays for miRNA expression profiling, and discovered one of the first oncogenic miRNA, miR-21, that is currently a promising target for various human diseases. Krichevsky’s laboratory identified and studied key miRNAs involved in brain tumors and neurodegenerative disorders such as Alzheimer’s disease. Her laboratory also pioneered the identification of miRNA biomarkers for diagnostics and monitoring of primary and metastatic brain tumors. Dr. Krichevsky’s innovative research, featured in HMS Focus, NIH, Reuters Science News, Health Canal, and The Boston Globe, is geared towards RNA medicine and based on multiples collaborations. She also serves on the Executive Committee of the HMS Initiative for RNA Medicine, established to translate RNA research to clinical practice.

Rosalia is an experienced cancer researcher. Her work contributes to several projects aiming to investigate ncRNA in brain tumors. Her primary responsibilities also include overseeing the lab operations.

Rachid has broad and diverse interests in RNA biology. His research focuses on the validation of the key miRNA targets for glioblastoma and Alzheimer’s disease therapies. Rachid has been recently awarded “Harvard Medical School’s 2020 Young Mentor Award” in celebration of his exceptional achievements in nurturing the next generation of researchers.

Zhiyun’s primary interest is to develop tools and understand the impact of extracellular vesicles and extracellular RNA on the communication of brain tumors with the cells of microenvironment. Zhiyun is also leading several projects on technology development for the investigation of new classes of ncRNA.

As a physician-scientist, Erik is interested in developing better treatments for glioblastoma and meningioma patients, based on recent insights from our laboratory, as well as others, into non-coding RNA alterations in tumor cells.

Lien recently joined the lab with PhD in neuroscience. Her research interests include drug development for neurodegeneration and aging.

Yanhong’s research is focused on the molecular mechanisms of oncogenic miRNAs and miRNA addiction in cancer. 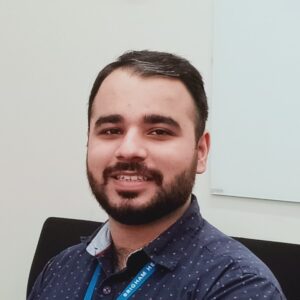 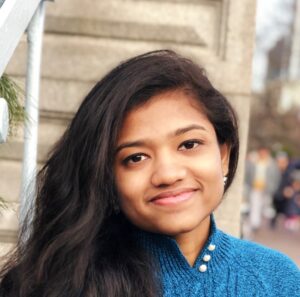